In 1989, with just 42 cows milked in a stanchion barn, Boadwine Farms in Baltic, South Dakota, became a formal entity. Lynn and Trish Boadwine are the fourth generation, with their son, Riley, acting as an assistant manager at the original Boadwine Farms location.

Sustainability in the dairy industry is a topic that has and always will be around. In 2008, Lynn attended a conference sponsored by Walmart focusing on the dairy industry’s carbon footprint. This was when he began to grasp a greater knowledge of a cultural movement that would influence this industry in the future. Over ten years later, a lot of learning has been done to better understand where improvements may need to be made.

Many dairies have evolved through technological advancements and animal husbandry improvements, just as Boadwine Farms has. The first steps taken were to help survive economically in an industry with extreme margin fluctuation. Focusing first on improving the individual cow’s productivity, which can be influenced by small management improvements along the way. Boadwine’s herd averaged 45 pounds of milk in the early 1980s to nearly 100 pounds of energy-corrected milk today.

Boadwine Dairy utilizes anaerobic digesters, which provide an exceptional environment for microbes to create energy from manure and capture the methane developed. The methane is then processed and delivered to the natural gas pipelines for consumers to use. The key factor, other than the benefit of renewable fuel, is the reduction of methane gas emitted into the atmosphere.

More advancements are being made with microbes in other areas of Boadwine Farms operation, such as cow health and rumen efficiency. Both are driven by improvements in rumen microbial function. They also make improvements in the soil’s microbial health that often result in crop improvement in water utilization as well as fertilizer efficiency. Boadwine’s goal is to successfully fertilize more acres with cow manure fertilizer, leading to reduced usage of chemical fossil fuel-derived commercial fertilizers.

Boadwine Dairy was recently awarded a 2022 U.S. Dairy Sustainability Award in conjunction with Bel Brands and Land O’Lakes Cooperative for the Processor Collaboration category. It is without a doubt that they are forward-looking and continue to make improvements in all areas of their farms.

Recently, Boadwine hosted an open house. “Prior to the event, I was proud to see how our employees took pride in putting this on for the public. They felt the pressure of the extra work to make it happen. I am often the face of this farm, but behind the scenes, these folks are really the ones that make it happen 24/7,” stated Lynn. The contribution from Ag United for South Dakota and the vendors that made the open house possible also has tremendous value. Boadwine Farms often receives thank you’s in the mail, “I am impressed to make that much impact for someone to actually write one and send it off!” 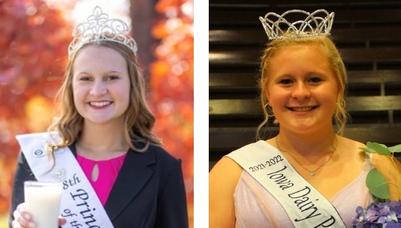